The City of Pskov 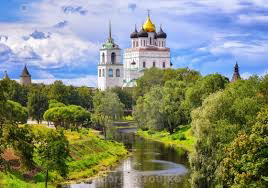 This city of Pskov is the administrative hub of Pskov Oblast. It is located on the Velikaya River. The city lies about 20km in  East side of Estonian border. Based on its population, it is ranked at 91st place in Russia. Total numbers of inhabitants in city are 203,279.

This city is nearly 379  miles distant from  Moscow city.

Pskov is known as the one of the most ancient cities in Russia.  The city started to develop in the early 9th century.

The city has humid continental. More precipitation is recorded in summer and fall as compared to spring and summer. The average temperature in summers is 22 oC while in winters is -8.8 oC. 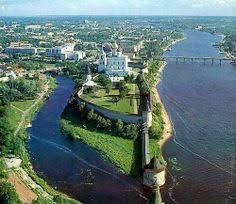 Economy of city of Pskov

The city has industrial unit which takes part in manufacturing of electric equipment for buses, tractors, cars and lorries. Agricultural and dairy products, milk and meat are the other main productions of the region.

The ancient historical back ground of Holy dormition Pskov Caves Monastery has made this city famous all around the world.

For more details about Russia and visit to Russia contact our team at info@ribttes.com