The City of Nizhny Tagil, Russia 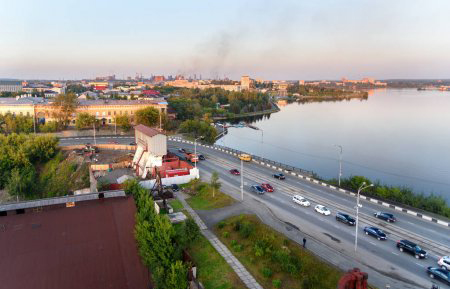 City is  well known city of Sverdlovsk Oblast in Russia. Population of the city is 361,811. It is the 48th largest city of Russia by population. With the total area of 298 km2.  Tagil River is a famous river of this region. This city is about 1105 miles away from the Russian capital,   Moscow .

This area started to establish when Vysokogorsky Iron ore was extracted in the region in late 17th century. City was a great producer of iron and steel ore in the past. It was formally founded as a city in 1722.

This city is highly developed in terms of metallurgy and engineering work. Hundreds of steel and Iron manufacturing plants are working in this City. Also, Has the honor of making the largest battle tanks in the world.

Nizhny Tagil State Socio-Educational Academy is a famous institute of the city. Nizhny Tagil Technological Institute is the other prominent one.

Places to Visit in city

Alexander Nevskiy Cathedral, Temple of the Holy Royal Martyrs and Holy Trinity Cathedral are the most visited city attractions among tourist. City is famous among tourist because of special Russian souvenirs like painted trays and art work.